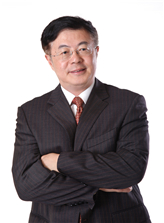 Sun WeixingDirector, the Chairman of the partners’ meeting, the Management Committee convener, lawyer

Experience：
He was a teacher of School of Law, Xiamen University , and worked as a part-time lawyer in Xiamen Second Law Firm in 1985
He was responsible for the legal affairs in law division of Huayang Enterprise Ltd, which was invested by Wang Yongqing, was established in Xiamen in 1990.
He established Xiamen Tiandi Law Firm (which later renamed as Tenet & Partners in 2000), and now he is in charge of the firm and is the president and co-founders.